ALEPH
“On the back part of the step, toward the right, I saw a small iridescent sphere of almost unbearable brilliance. At first I thought it was revolving; then I realised that this movement was an illusion created by the dizzying world it bounded.” — Jorge Luis Borges

The Aleph, as described by Jorge Luis Borges in his text “El Aleph” (1945), is a (meta-)physical point, in which one can see the entire universe, from every angle, at the same time.

I have used this metaphor to visualise my memory. In ALEPH I’ve tried to capture the past four years of this study through the collection of photographs I took (1000+) during this period. Each photo has been individually tagged with associations and a perspective, so that in much the same way as I construct mental images in my head, this installation synthesises dynamic images from a given association. These images are presented as mini-Alephs, or sub-Alephs of the greater Aleph of my memory. And that in turn can be browsed by anyone else based on perspective or association. The project was inspired by the (im-)possibilities in representations of the memory, as it is by the (un-)attainable ambition of visual art to represent a reality in a reduced number of dimensions.

Made in OpenFrameworks (the Aleph itself) & Processing (for a perspective & associations saving tool). Frame: 120x120cm, wood, glass, projection.

ESCAPE
ESCAPE is a room projection installation that immerses a visitor through four walls of projection surface. It transforms aroom into a virtual great glass elevator, vertically transporting spectators through an unlimited sequence of generative landscapes. Escape will be a study on the definition of ‘a digital landscape’. We will explore what elements constitute a landscape, and which qualities are required for immersion.

The project consists of multiple layers; static, dynamic, and interactive; a general narrative and cycle length (5 mins) has been defined, accompanied with a precomposed soundtrack (by Charlie Berendsen). Based on this narrative, landscapes are generated, color ranges shifted, special effect probabilities set and generative soundscapes blended on top of the soundtrack. Finally, the visitor is given control over the vertical navigation through these landscapes.

ESCAPE is conceived, produced and presented in collaboration with Charlie Berendsen.
Made with Processing, Reason & Pd-extended (audio) 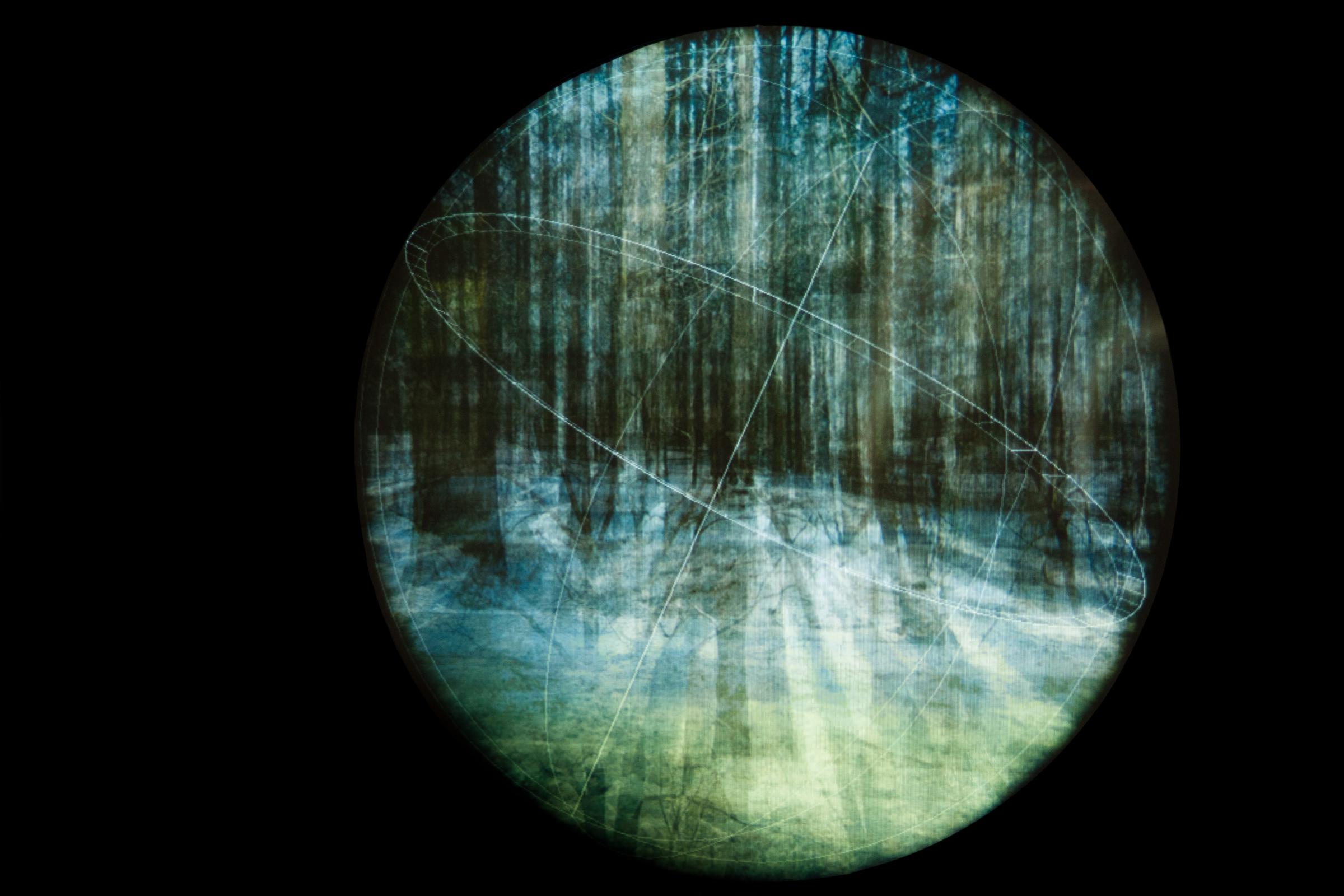 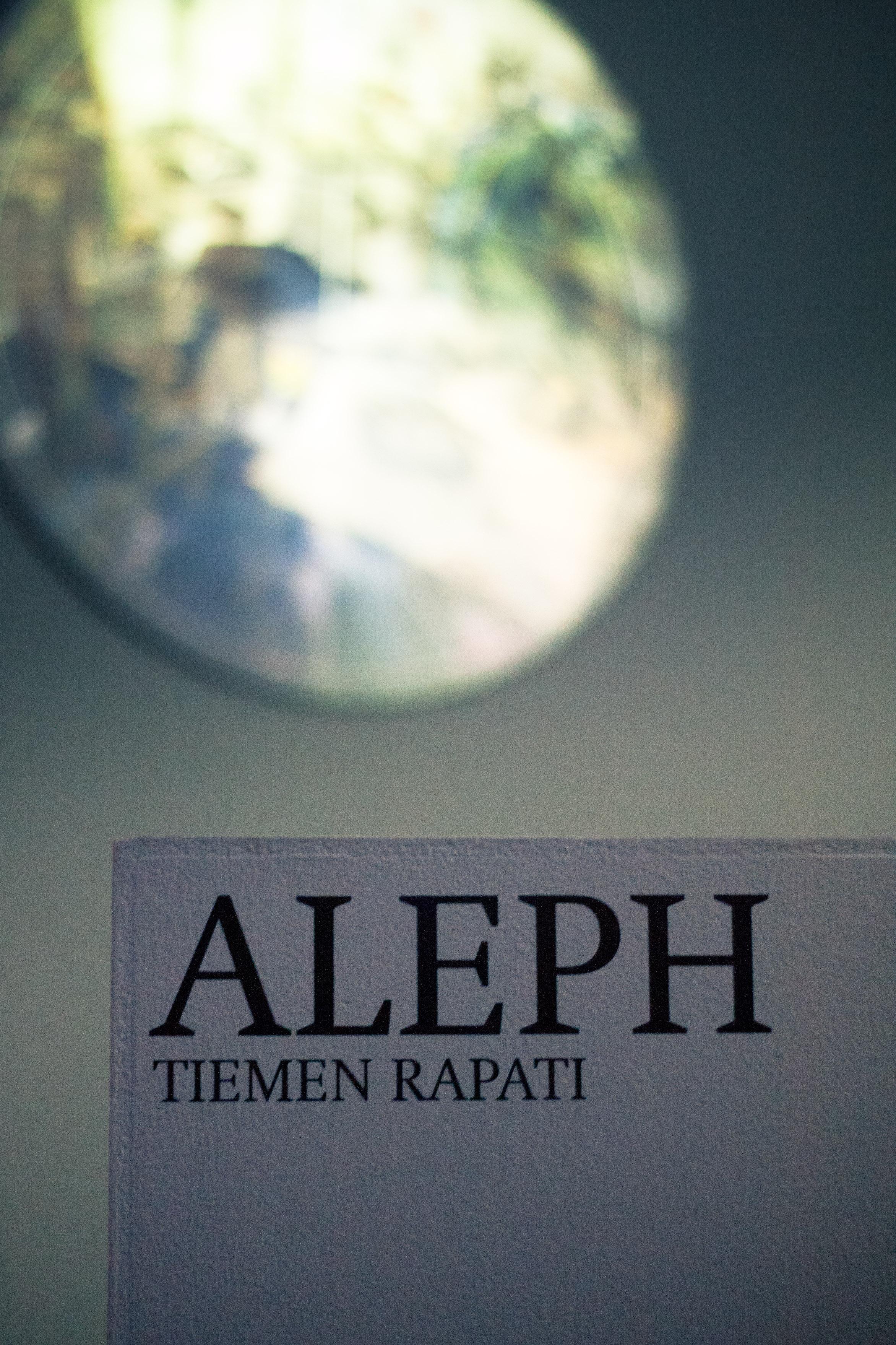 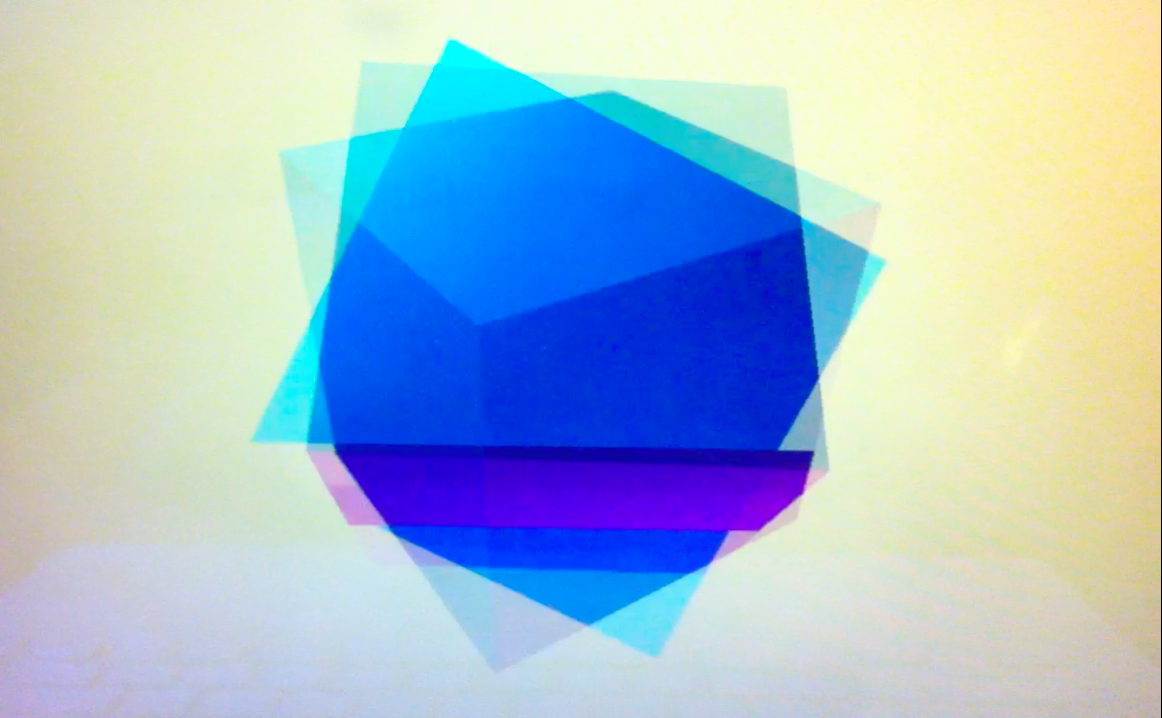 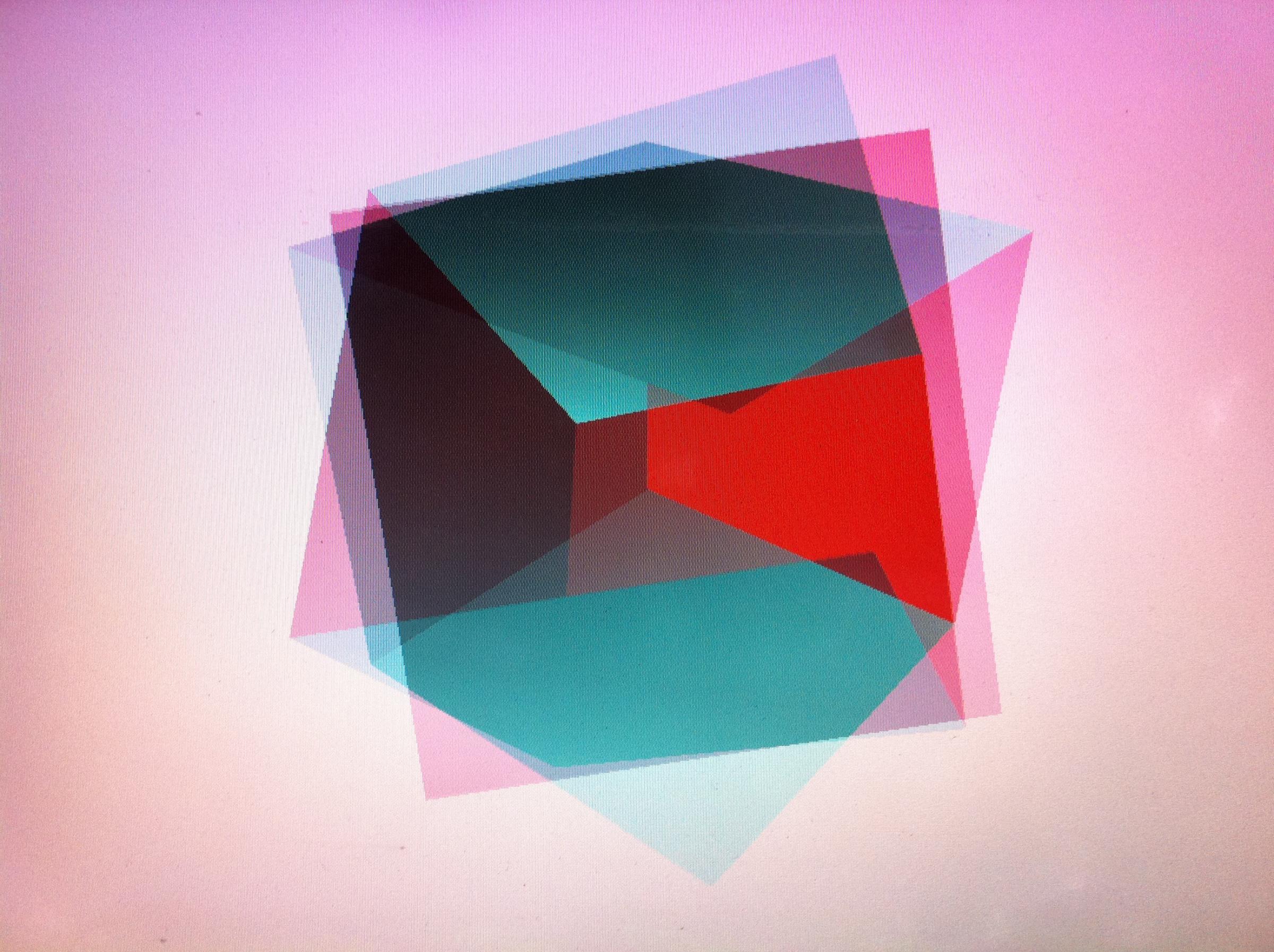 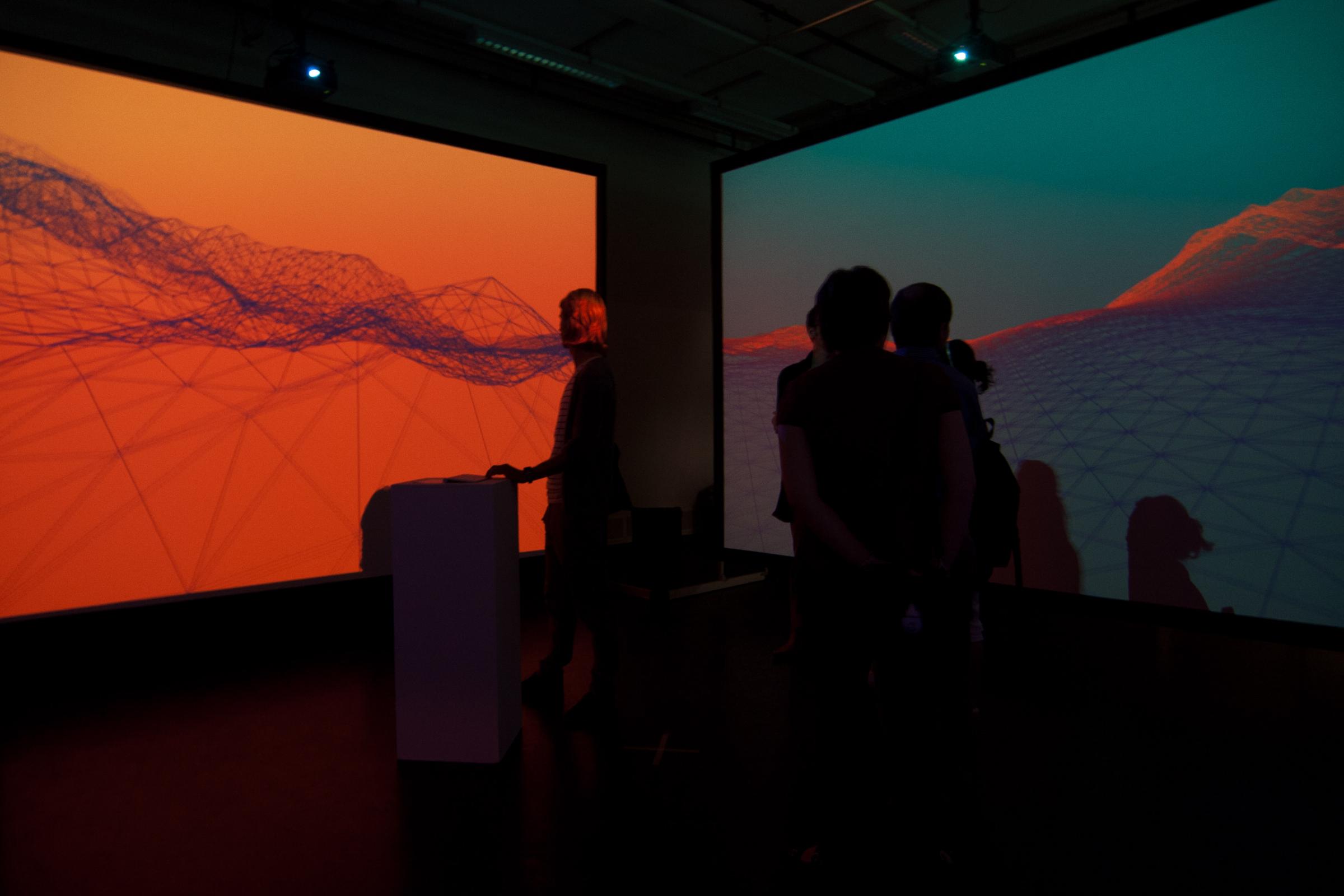 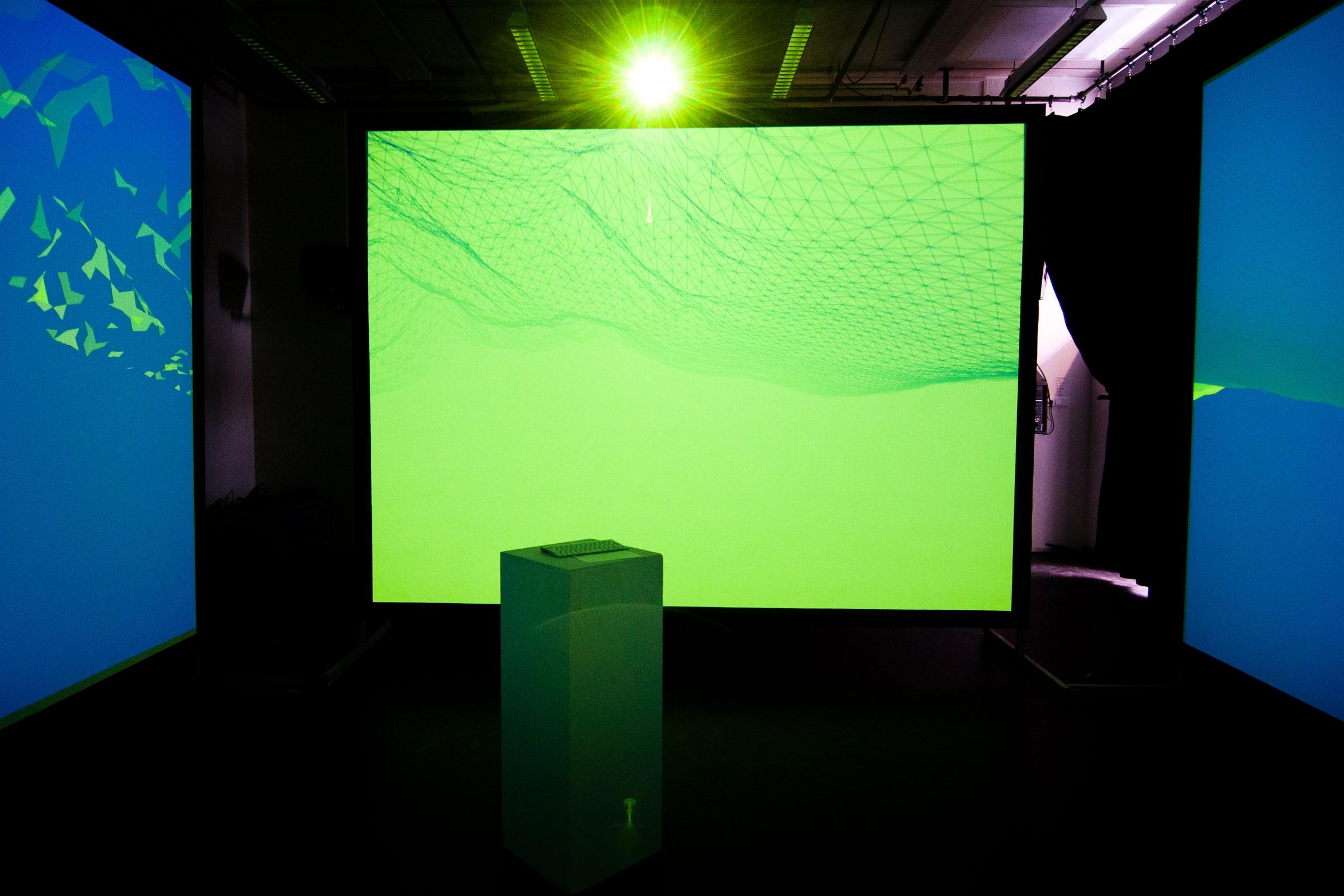 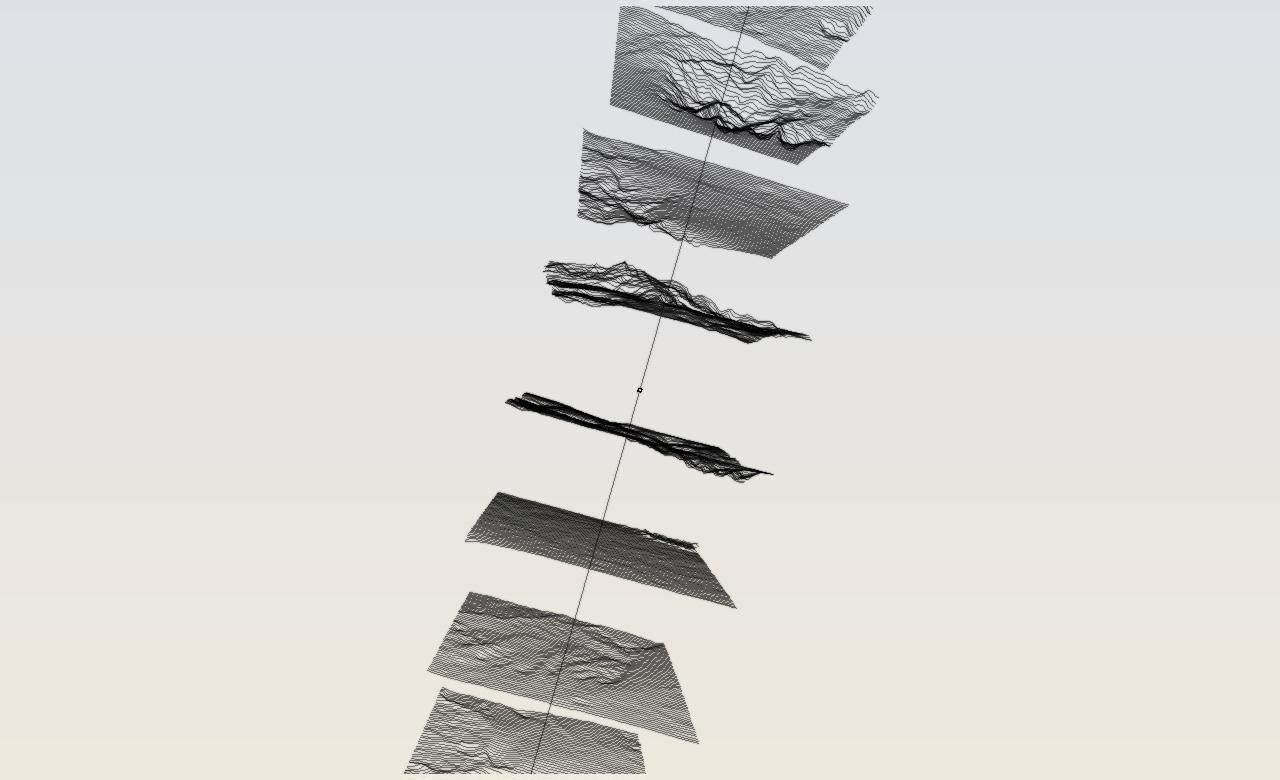 Tiemen (Amsterdam, 1984) is an experienced creative lead and artist, who combines a background in computational design with a sensitive visual eye to create his work. Bridging the gaps between concept, creative direction, visual design and technical development, Tiemen specialises in generative design, digital installations and interactive environments.

Following a pre-university education focusing on mathematics, classical subjects and art, Tiemen went on a little detour studying Geology for three years before starting art school. He received a BDes (hons) in Interaction Design from ArtEZ Institute of the Arts Arnhem, Netherlands in 2011, and was selected with 7 others to represent Arnhem’s most talented graduates of 2011 across the five design courses. (Graphic Design, Fashion Design, Product Design, Interaction Design & Architecture)

For the past five years, Tiemen has worked as a senior designer at United Visual Artists (UVA) and their exclusive commercial division ARTISAN, Tiemen has been intensely involved at conceiving and creating their most iconic recent work, including the MOMENTUM (London, 2014) exhibition in the Barbican Curve Gallery that broke visitor number records, ORIGIN (NYC, San Francisco, 2012), the iconic installation that toured with the Creators Project,  The show design of Massive Attack’s 2014 World Tour, as well as help drive the artistic direction of UVA’s smaller gallery artworks. Tiemen photographs UVA’s work since 2011 and designed the current UVA website.

Before being snapped up by UVA, Tiemen worked as an individual artist/designer, focusing on interactive, graphic and generative print design. His work was exhibited at the TodaysArt Festival, GoShort Festival, Discovery Festival Amsterdam and the Graphic Design Festival Breda, with work part of the permanent collection of the NEMO Science Center Amsterdam. Some of his typographic work and research got featured on prominent blogs, including This is Colossal, Gizmodo, Creative Applications & The Creators Project