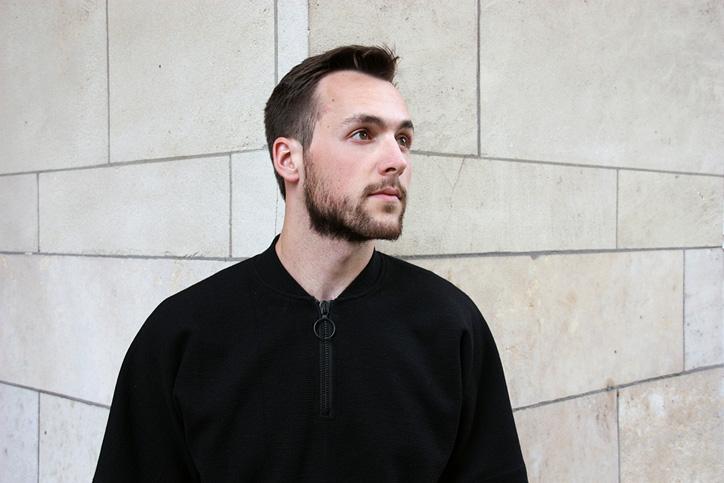 It was a case of a lot of his mother’s fabric and not enough good menswear options that lead Marius Op’t Eynde to a position under the enviable guidance of Raf Simons last season. Born in Roermond, The Netherlands, Eynde joined the Fashion Department at Artez in Arnhem with an early vision to specialise in menswear, and ended his third year on a high; receiving a nomination for the Frans Molenaar Couture Award, which included showing at Amsterdam Fashion week. And now, add to that a placement with one of the most influential menswear designers of the last decade, and it’s safe to say you should probably make a mental note of the name Marius Op’t Eynde.

Print orientated, the designer describes his graduate collection as a “merger of the cycling as seen in the earlier days, when they would still ride in a classic jacket with the high tech cycling as seen today.” Putting his own twist on the Prince of Wales check, as well as the classic herringbone print, Eynde’s designs are all fully digital. “I was trying to capture the notion of speed,” the designer explains. “The prints are made up in vectors, and then digitally printed. It was the only technique possible to get the sharpness as it was intended.”

Petrus is Marius’ middle name, taken from his grandfather and as such paying honour to his heritage and emphasising the masculine line of the family. Marius graduated from the Fashion design BA at Artez (NL). The namesake brand was launched after completing internships at Alexander McQueen’s menswear department and Raf Simons’ studio in Antwerp.

Inspirations from humble workwear and uniforms merge seamlessly with sportswear influences and high tech materials, creating an interesting blend of men’s heritage and future concepts. Working with strong colours and fully ‘in-house’ designed prints, next to a base palette of crisp whites and deep black, adds another dimension to the collections.